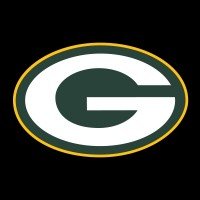 The Packers once again came a game short of the Super Bowl in 2019. After a 13-3 season with a new head coach, they lost by a lot to the 49ers in the NFC Championship Game. It was Aaron Rodgers' third loss in the game before the big game. An issue the Packers have had over the years is that they have been the runner-up to the NFC title for so long, with the same thing happening in 2014 and 2016 as well. Their offseason was a big one, as they drafted Jordan Love in the first round, and he will probably sit behind Aaron Rodgers for a few years. The Packers need to get back to the Super Bowl within a few years before Love takes over for Rodgers. They didn't get worse in the offseason contrary to what every analyst is saying, and we won't know if they got better until they play a game. The Packers have the ability to make the playoffs. - PackFan2005

Yeah, I'd agree there were way too many analysts that jumped all over the trade up for Love, but personally, who are any of us to question this organizations decisions regarding the QB position? What, 28 years of spectacular QB play isn't enough to convince these people? Still, there were a few analysts that liked the move, and I'll side with the Packers on this one until I see differant. They are still very good, I'd say, but the defensive depth took a hit. Maybe Rashan Gary is ready to realize some of his ridiculously high potential - CyberRat

I love the move, the ripping of the Love pick is unbelievable. They did this when Brett Favre was reaching his end (35), and Aaron Rodgers (36) looks he could be right there and why they did what they did. Easily the best pick of that draft for its boldness alone. Packers should still be a contender, unsure how far they go. - htoutlaws2012

I have warmed up to the Love pick over the last week or so. I'm optimistic Love can learn well behind Aaron Rodgers like he did with Brett Favre. - PackFan2005