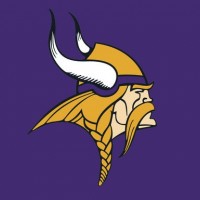 The Vikings made the playoffs in 2019 and made it as far as the Divisional Round after beating the Saints. After a not-so-great free agency, the rebounded in the draft, getting their Stefon Diggs and Xavier Rhodes replacements in Justin Jefferson and Jeff Gladney respectively. They really had one of the NFL's best drafts, and that could make them contenders to not only win the NFC North, but winning the Super Bowl as well. - PackFan2005

The Vikings can kiss their chances good bye. They are eliminated.

For me, I would say that realistically, the Vikings had a bunch of players under-perform last year, and the organization had little choice but to try to re-build. Now, I would agree the draft worked out very well, but only from a depth standpoint. It may be too much to ask all these young guys to come in and play key roles well. If we want to call it re-building on the fly, cool, I can live with that, because prior to the draft, I was thinking a full re-build. We've got some depth, and a little salary cap relief, so another good team seems likely in the near future. This year? We can hope I guess. Hope that Jefferson is a solid #2, hope that Gladney is as good as he looks on the highlights. Hope that the interior O-line somehow improves. The skill positions on offense are pretty well set.. the defense? Wow, they really played poorly in some big games, and it was multiple positions. They at least have some depth in the D backfield after losing 3 starters, so that's impressive. Truth be told, I'm okay with the Vikings regressing some, even a lot, because I believe the foundation is surprisingly sound after a good draft. Of course, I'm hoping for instant success, but it rarely works out that way. I'm just glad if a re-build is still in order, that maybe it won't be too painfully long. - CyberRat