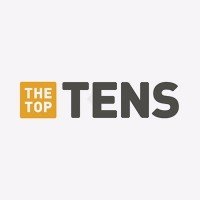 The only nerds here are anonymous strangers on this site that go around calling other people nerds. So why don't you take a look in the mirror at yourself and please GET A LIFE! - t-man

I love the community. Everyone is respectful. People on here that are around my age (13/14 years) are mature and sophisticated, unlike the kids in my class. - Lunala

Just ONE more little click on a little blue link and Ill do something productive!..(Got stuck anyway. Three hours later the system finally crashed when the crazed Wikipedia zombie opened the 68th window in the background.)

It's the most addictive thing I don't even like all music but this thing better be in heaven because this thing is like GOD made it!

TheTopTens literally took over my life. I have met so many good friends here and I like commenting and making lists. - Userguy44

I hope you see the irony in this. I feel stupid because I think you do. And its too late I posted it already. - hurjelert

Whenever that I get home from school and done doing work, I get on this website! I'm really addicted! - funnyuser

It's becoming part of my life. This site's important for entertainment and meeting TRUE friends - XxDarkStorm_PhoenixMothxX

I never became bored in the Internet since I became a member of this site. Fun and addicting!